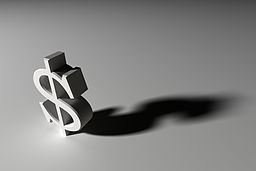 What do popular indie authors on Amazon make?

That's a question you may not have thought about. I think we all know that big stars like Stephen King and Hugh Howey make a lot of money, but what about people you'd consider lower-tier? Those self-published authors who most people have never heard of but have books floating in the top 1000 of Amazon? Authors who might never end up on the New York Times bestseller list or reviewed by major publications? What are they taking home?

Well, get ready for some math that will blow your mind.


We're going to make up a fictional author named Penny Moneybags. Penny is an indie author who's released a new book, Love of Money. Love of Money is a 300-page werewolf cowboy romance novel written in her spare time and has surprised everyone by jumping up in sales. Now we're not talking millions of copies sold. We're talking a modest success by Amazon's publishing standards. It's not on the bestsellers lists of the NYT or USA Today, and it's not even in the top 100 of Amazon's general bestseller lists. How much does Penny make each month?

We'll start with the premise that Love of Money is ranking in the #1,000 range for the month out of millions of other books on Amazon's shelves. Let's say that would mean the book is selling two thousand copies a month. Again, that's awesome but it's not at the top of most of the charts. Let's also say that Love of Money is priced at $2.99, which is the minimum Amazon will let you charge for a book and get 70% of the profits. That means Penny is earning $2.09 per book which is $4,180 a month.

That's a good amount of money. Not enough to retire on, but she might quit her day job and write full-time. But it's just the beginning.

Let's say she has her novel enrolled in Kindle Unlimited, where subscribers can pay a monthly fee to read any enrolled books for free. Most books in KU get more page reads than direct sales, but let's say Love of Money gets 2,000 people reading her entire book in KU for that month. Since KU currently pays around a half-a-cent a word and the book is 300 pages, that means she gets 600,000 page reads for the month which earns her $3,000. That, combined with the $4,180, gives her $7,180 a month.

If that still doesn't sound like much, remember most authors published by traditional publishers get a one-time advance of maybe $5,000 and then a portion of royalties which they might never see, thanks to low sales or publishers cooking the books. That means Penny has already made more in one month than most authors see for the entire run of their novel.

And that's just the start. You can tweak the numbers even higher with small changes. What if she charged $4.99 for her book, earning her $3.49 per sale? What if her novel was read twice as much by KU readers (1,200,000 pages read instead of 600,000 pages)? None of those slight changes mean her book is any better or longer or sells more copies, but doubles her earnings to almost $10,000 a month.

And what if she published two more novels that did equally well? Now it starts to add up to serious money.

There's also the fact that Penny is an indie author, which means once her self-published book is released on Amazon, there's no one else taking a cut of her earnings. It's pure profit.

Remember that next time you're scrolling through Amazon. You might see those low-level self-published authors in a different light.

You only know half the story of Jekyll and Hyde. Prepare to see literature's greatest monsters in a whole new light with Hyde!
Posted by Nigel G Mitchell at 10:04 AM